What are group decision-making techniques

When it comes to Project Management, usually there are multiple stakeholders expecting different outputs from the project life-cycle. Therefore, it’s necessary to implement  proper group-decision making techniques and methods. Especially this is important when different opinions clash and make conflicts with each other. In addition, these techniques / method may align with group creativity techniques when it’s required. (prior to the execution of group decision-making techniques)

According to PMBOK (5th Edition), there are 4 different group decision-making techniques that can be applied throughout the entire project life-cycle. They are as follows;

This decision making is defined when everyone participating in the decision-making process agrees on a single course of action. There are few methods that can be followed to achieve this. (E.g.: Delphi technique where group of experts respond to the questionnaire anonymously) Apart from that, this method is known to provide the least hassles on project management team in terms of implementing decision making techniques.

Majority relies on most number of votes towards a particular decision. (more than 50%) In order to make this technique more efficient, it’s recommended to have an uneven number of people in the decision making panel to avoid resulting in a tied decision.

This is known to be the least agreed method to be used among a decision making panel. When the project leader acts as a dictator, he / she is not willing to listen to others and coming up with their own decisions which will have a higher probability to drive the project towards failure. A dictator doesn’t allow to develop group creativity techniques. In addition, due to the dictatorship, the project lead should be accountable for any future conflicts arising within the project community and tasks. 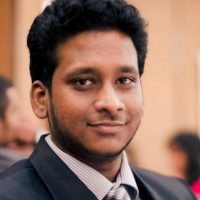